Tax affiliation of multinationals in view of the permanent establishment definition

International profit shifting allows multinationals to save immense amounts of taxes. However, there are many stakeholders involved in international tax competition. For instance, developing countries suffer from tax shifting strategies, while multinationals benefit by shifting profits to tax havens. In determining the taxes, the permanent establishment plays a key role. The OECD’s Base Erosion and Profit Shifting (BEPS) Action 7 is an approach to prevent the avoidance of permanent establishment status. In this podcast, I will do a holistic analysis of this topic. 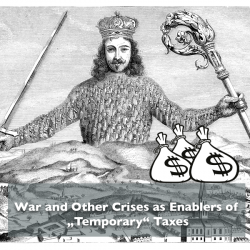 Taxing the rich: Assessment of the French Solidarity Wealth tax from a political economy perspective

In 2017, President Emmanuel Macron repealed the French Solidarity Wealth tax (in French: Impôt de solidarité sur la fortune or ISF), in order to support investment, employment, innovation and economic growth in France. The ISF had to be paid by individuals whose estate exceeded the taxation threshold which was set at 1 300 000 EUR. This decision triggered a strong discontent among the lower-middle class, which has been captured by the yellow vests movement. The public pushback against the suppression of this specific tax may be very surprising as the economic consequences of the ISF were very disappointing. The deep nature of the dissatisfaction was eminently symbolic, as this wealth tax has been raised as a political symbol of the left-right ideological divide on taxation. President Emmanuel Macron chose to honor the individual freedom to enrich oneself and refused to reintroduce the ISF. By doing so, he confirmed the image of being a « President of the rich ». This determination in pursuing important fiscal reforms while ignoring popular opposition will certainly have political consequences, which will be assessable during next presidential elections that take place in April 2022. 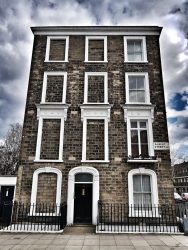 Many homes with bricked up windows represent integral icons in British towns and cities. Why so? In this podcast, we dive back into history to discover the Window Tax, that was in effect for more than 150 years up until 1851. We shall explore why such a tax came about; what its intended and unintended consequences were, and what role it had in revenue collection for the Crown, alongside other indirect taxes. Finally, we shall take a look at how tax avoidance behavior has left a permanent and observable mark on architecture across the world. This is a story of incredible ingenuity on the part of Englishmen in asserting their liberties against parliament by exploiting loopholes in legislation to free themselves from the burdens of taxation.